PrevPreviousNordic Innovation in the U.S. 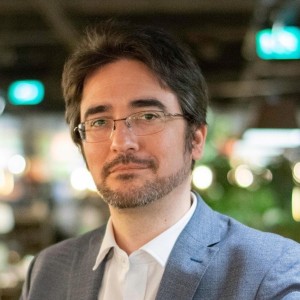 The Code of Hammurabi 2.0 or why Open Banking will boost the Fiat to Crypto exodus

Make no mistake: the Crypto Economy installation has been already completed. 100%. Done. Up and running. It is the migration progress bar what we are talking about.

Blockchain and cryptocurrencies: the engine and fuel of Digital Transformation

Almost four thousand years ago (4,000) the Code of Hammurabi set up the foundations of commercial law. It also introduced what the Romans, centuries later, named as “lex talion” or in layman’s parlance: “an eye for an eye” or contract execution at its best.

These are the roots of our legal system and the bread and butter of our centralized  banking system. We trust their printed paper (aka “money, coins and bills”) to be the “lex talion” of everydays transactions: “you gave me this good service and I reward you with this trustworthy piece of paper (or bits of information)”.

We don’t trust each other, we trust the system because we trust our governments, many of them built through consensus (aka democratic elections & law).

But what if there is another way to build “a lex talion machine” we all trust because we all own and maintain?

This is the Value Proposition not only of crypto currencies but of the technology they are based on: the blockchain. The blockchain is a distributed ledger – a decentralized database – that represents a persistently, publicly and transparently audited backbone of any transactional system; hence the blockchain is The Code of Hammurabi 2.0. A new fabric to weave a new Law, not just a commercial law; a technology that enables a promise of trustworthy, fully digitalized, automated and corruption-proof solution for the layman’s needs.

Now for those of you going “Crypto what!?” let me explain:

From Fiat to cryptos, from central banks to decentralized and beyond

Crypto currencies, or just “cryptos”, have become a household technology name. Even for those who are completely out of the loop they sound familiar and associated with quick gains, eccentric billionaires and Twitter dogfights.

The short answer to both of these questions is: yes… with a gigantic asterisk.

For the average Joe and Jane it is easy to buy cryptos: do your research, find an app from a respected provider who will treat your data according to the law, and you just buy them like you buy stocks or socks. Please bear in mind that if you put all your savings on thin summer socks then don’t be surprised if you have nothing to wear during the winter time.

Crypto currencies have their own peculiarities and if you are not versed in buying, maintaining and selling financial assets then it is best to keep things simple and assume you can lose everything, hence only spend money you can afford to lose. You should also stay away from riskier investments such as CFD derivatives where you can actually lose more than you initially invested.

For the average business, corporation or SME, cryptos should be already an essential part of their Digital Transformation strategy but here you are not supposed to literally “buy” any particular cryptocurrency. Your first decision, as a manager, is when and how you should be ready to interact with them.

Fiat currencies can be digital, but not digital enough because they are rooted and produced by a non-automated consensus, the centralized banking system, ruled by traditional politics and central banks.

This is a bit like asking if cars were the future of private transportation back in 1908. Were not horses already good enough?

Yes. Horses did the job and the entire world was literally moving at the speed of our beloved quadrupeds and there was nothing wrong with it.

At the beginning cars were expensive and unreliable but all those are nothing but technical inefficiencies meant to be overcome.

It was cars’ potential what made them a game changer. The difference between those who survived these changes and those who did not was the ability to see it coming and prepare accordingly.

The digital fiat money – the virtual money in your bank – is a bit like a country horse trained for the races. It is faster and better than the average workhorse but at the end of the day it is only a horse and not even the maddest surgeon will succeed in putting it on wheels. It is not ready for the Digital Transformation race and the crypto economy that will replace the currently dominant “Fiat based economy”.

Most of the existing money nowadays is digital fiat: euros and dollars that did not exist in the physical world but only in bank accounts or in other forms such as the many manifestations of debt instruments.

The main difference between cryptocurrencies and digital Fiat money is that cryptos are the byproduct of blockchain technology: a distributed ledger that is shared, maintained and orchestrated by a distributed and decentralized community of peers. It is from its public scrutiny that all the superpowers of the ledger bloom:

Unlike normal contracts printed and signed on dead trees, smart contracts are assimilated and persistently monitored by the blockchain. They can withhold the agreed sum in the form of cryptocurrencies and those will be released to the supplier the second the contract’s conditions are fulfilled.

Smart contracts and cryptocurrencies are the tails and heads of an unbreakable digital oath that works without human intervention. Once it’s signed it is unstoppable. Just like when the Little Mermaid signed Ursula’s contract: there is no way back and not even her father – the almighty King Triton – can breach it. That is an unseen level of commitment. Nowhere in human history before have we been offered with such a level of wizardry.

Cherry on top: a publicly scrutinized ledger does not imply giving away your privacy. There are many blockchains and cryptos out there that allow the participation of anonymous users.

Crypto hype? Financial bubble? Or the next thing?

If you have been casually following the Twitter-sphere, or the click-bait articles on cryptocurrencies, it is understandable that this might be your perception: cryptos will default.

We can not tell to anyone which of the current cryptos will become part of “the currencies of the future”, it might be some of the existing ones, or none of them; but, as we talk, the main traditional banks have started to unveil their commitment to cryptos, very recently and very publicly. There are rivers of digital ink flowing from the traditional outlets and if we have to quote a very blunt and recent one:

(…) The Chinese are trialling it. The UK Treasury and the Bank of England have a task force on it. So, after years of talk, central bank digital currency has suddenly become serious business.

– Central banks get serious on digital currencies. Forbes. May 12th, 2021.

Therefore the question is if cryptocurrencies are the successors of Fiat currencies; irrespectively of who is behind them.

And the answer is: yes. It is unstoppable.

It already begun in 2008 when Bitcoin, the first crypto currency was announced, along its foundational white paper authored by Satoshi Nakamoto – “the name used by the presumed pseudonymous person or persons who developed bitcoin, authored the bitcoin white paper, and created and deployed bitcoin’s original reference implementation.”. (Source: Wikipedia).

The world has never been the same since his/their invention was made publicly available. It just happens that now, from a thirteen years perspective, we can start to grasp the magnitude of the implications.

Smart contracts and cryptocurrencies are only two of the many byproducts of blockchain technologies. The list of what’s possible with blockchain is long and complex but, for the sake of writing a not-too-long-article today, let’s just agree that there are things called “blockchain platforms” that they are to “the Crypto Economy” the equivalent of having the Federal Reserve and the SEC combined.

Therefore, and if we assume that the future of the economy will be crypto-based the question is… where are we now?

Are we living the early days or are we already there? How can we roughly estimate at what stage we are and how much we have not seen yet?

Let’s try to understand the current state of affairs by considering this a Fermi problem.

How many piano tuners are there in Chicago?

Gauging the potential of the crypto economy with Fermi’s hands.

As in the famous Fermi’s piano tuner problem we can try to find a satisfactory solution by looking at the big picture.

Where can we find a big picture to look at when we are talking about money?

One of our favorite outlets is the Visual Capitalist, and one of our favorite visualizations is their “All of the World’s Money and Markets in One Visualization” where little black squares representing $100bn wealth each are used to give visual weight to all the financial value in the world.

What I found more interesting from that visualization is the disproportion between all the value that cryptos are currently holding compared to the value of:

It means that if the Crypto Economy is the 2.0 update of the Fiat Economy then the progress bar is still somewhere between 1% and 0.000001%.

Make no mistake: the Crypto Economy installation has been already completed. 100%. Done. Up and running. It is the migration progress bar what we are talking about.

Our entire financial solar system has been teleported to the vicinity of the Crypto Economy Supernova and its gravitational pull has already begun to devour the entire Fiat system.

This is why the Bank of England, China and pretty much all the regulatory bodies have kicked off their own initiatives to create their own crypto assets. Not only because crypto currencies are already replacing Fiat money at an increasing speed but because after cryptos other key elements of power will follow and with them the political power.
A recent manifestation of this is City bank recent headlines on considering trading kryptos by popular demand of their clients.

The final piece of this historic exodus of wealth and power will be triggered by the incoming Open Banking regulation. It is very likely that you, as a consumer, have already experienced its benefits. Open Banking is the reason why your online bank services are now offering you to see all your other accounts at other banks without leaving their web or app.

Open Banking is an international regulatory initiative that recognizes that individuals are the sole owners of their own financial data. This means that your private bank should have the mechanisms to allow you to take out your data and take it, share it, or export it wherever, and with whomever, you want.

Just like GDPR forced the techno giants to implement “Take Out” buttons that allow you to download all the data they have ever collected on you.

In practice Open Banking is forcing private banks to implement a standardized API (Application Protocol Interfaces, a sort of defined connector where anyone you authorize can plug in and read your data). This API is the technical, and missing, piece of connectivity that will allow a myriad of 3rd parties to offer their financial services without leaving your bank, or eventually making it very easy to migrate to another bank or other platform.

This initiative is creating a much more dynamic and competitive arena while undermining the power of private banks by opening the customers’ pools to aggressive new players – fintech StartUps we are looking at you.

What do you think can happen when companies such as Coinbase or eToro will start popping up on your screen offering a super easy Artificial Intelligence powered system to crunch your lifetime financial data and come back to you with a financial workout plan that will boost your savings’ growth in no-time?

What do you think will be the backbone of such growth?

What are the ideal fresh blood and new heart of a fully automated digital economy?

Where all this financial potential might be transferred to?

From Finland with love